Elmer Harding made his transition Tuesday evening February 2, 2015 after an extended period of illness.  He was in the company of his wife and a niece and nephew.  Most residents in the immediate and surrounding areas spoke fondly of him as their auto mechanic of choice.

Elmer entered this world on February 17, 1926 one among the 16 children born to Major and Callie Harding.  He is survived by his wife, Velma; one daughter. Ruth Ann; one grandson, Cameron; four great grand children; two…

Donald L. Morrison (Jack) went home to be with the Lord on January 21, 2015 at Coffeyville Regional Medical Center.

Donald was born to Hillard and Glatha (Martin) Morrison on March 24, 1934 in Coffeyville, KS.  He received his education in the Coffeyville, KS school system attending Cleveland Elementary and graduated from Field Kindley High School in 1952 and Coffeyville Junior College in 1954.  After graduation he enlisted in the United States Air Force where he played football and ran… 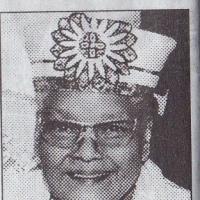 Rev. Earline Joyner Clairborne 90, of Ithaca, NY. and a longtime Coffeyville resident. died January 2nd at Beechtree Center for Rehabilitation and Nursing in Ithaca.  Memorial service was held on January 10th at Baptized Church of Jesus Christ in Ithaca. 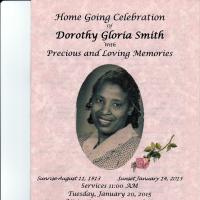 Dorothy G. Smith age 101, was born on August 11, 1913 to Bennie and Violet Powell Jones in Coffeyville, Kansas where she lived the first 6 years of her life with her aunt and uncle.

In 1918 her parents moved to Chetopa Kansas but she continued to live with her aunt and uncle in Coffeyville for another year before joining her parents in Chetopa.  There she grew up with her four brothers and four loving sisters and was educated in the public school system.  Her parents, brothers and sisters… 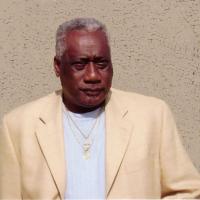 Terry attended most of his schooling in Coffeyville, KS.  After graduating high school, Terry proudly served his country in the United States Army and Marine Corps.  After completing his military service,  Terry worked for Muller Construction for over 40 years.

Maude Foster 83, of Coffeyville, KS passed away May 25, 2014 at Caney Nursing Home. Maude was a cook at a hotel in Coffeyville, KS. Survived by grandson Deitrek Foster; Step daughter LaDonna Scott and friend Kathy Scott. Cremation has taken place. A memorial service was held at Mission Funeral Services on Friday May 30, 2014 at 7 p.m. in the Chapel.