Carol Ann Carroll, 70 of Coffeyville, KS departed this world on the evening of December 20, 2016, and met her Lord and Savior Jesus Christ. She was a patient at Freeman Hospital West in Joplin, Missouri.

Carol was born on February 21, 1946 in Coffeyville, KS to Ovie and Anna Belle (Baldridge) Price. She attended Cleveland Elementary School through the 6th grade. In June 1958 Carol with her family relocated to Stamford, Connecticut. She went to middle school in Rye, New York, and Stamford. She… 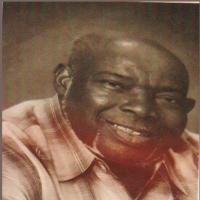 Longtime Nowata, OK resident James Lucky, 84 was called home to be with the Lord on Tuesday, November 29, 2016 at Jane Phillips Nowata Hospital.

James was born on June 11, 1932 to Luther Lucky and Mary Scott Lucky in rural Wagoner, OK. His mother died when he was an infant, leaving his father to raise him and his sister.

After graduating from Wagoner High School, he enlisted in the U.S. Army on July 26, 1950 and transferred to the Army Reserve on December 25, 1952. After serving in the Korean…