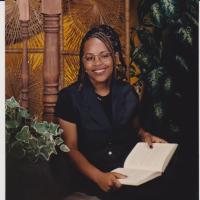 Sierra was born December 13, 1978 to Edmond Cosper and Michelle Morrison in Coffeyville, KS.

She attended Coffeyville schools and graduated from Field Kindley High School in 1997, and after attending Coffeyville Jr. College, she went to work at Wal Mart as a Pharmacy Technician.

Sierra was a member of Sardis First Missionary Baptist Church.

Sierra was preceded in death by her Mother. She leaves to cherish her memories: Father: Edmond…