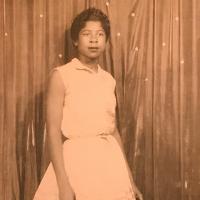 Idella Jennings of Coffeyville, KS passed on May 13, 2018 at Windsor Place.

She was united in Holy Matrimony to the late Odes Jennings on February 1, 1969, to this union 1 child was born.

At an early age she joined Union Missionary Baptist Church where she remained a faithful member until her health failed.

Alfonzo "Bud" Carroll went home to be with his Lord and Savior early in the morning of May 4, 2018. During a brief illness he had been a patient at Windsor Place and receiving care from Harry Hynes Hospice.

On November 23, 1946 Alfonzo was born to Alfonzo "Red" and Elizabeth (Slaughter) Carroll Sr. in Coffeyville, Kansas.

He grew up in Coffeyville and attended schools there beginning in the kindergarten at the Cleveland Elementary School. It was there he met his future wife Carol Ann Price.…