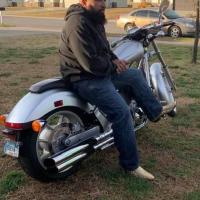 Pablo attended Coffeyville Public Schools where he was a member of the FKHS Diving Team. He set local and state records, some of which still hold to this day. He went on to further his education at Coffeyville Community College and Pittsburg State University. Pablo lived in numerous places in Kansas and Colorado. In 2000, Pablo moved to…