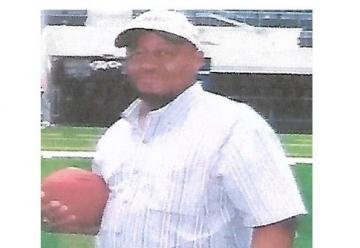 Fred Brown was born in Plainview, Arkansas on November 10, 1941 to R.D. & Virginia Brown. He was the oldest of three children. At the age of three, his parents moved to Independence, KS.

Fred gave his life to Christ at an early age, he was a 50 year member of the St. John Missionary Baptist Church, he served as a deacon, and in other ministries of the church. Fred later moved his membership to True Vine Missionary Baptist Church, he was chairman of the Deacon and on the trustee board. Fred served as Secretary & President of the Southeast District Laymen, He was a member of the National Baptist Laymen Movement and served as one of the Vice Presidents of the Kansas Laymen Movement. He was a mild mannered and a God-fearing man who was loved by all.

His career was fascinating, Fred Brown played professional baseball for the New York, Yankees for a short time, he also coached baseball for many years in Independence. He worked for Arco Pipeline as a Pipeline Specialist until his retirement. After his retirement of 30 years with the company he worked for various state agencies for the State of Kansas.

Fred Brown transitioned from this earth on November 11, 2020 , he was preceded in death by both parents, one sister; Yvonne Wilson and one son; Cain E. Cloud.

True Vine Missionary Baptist Church Live will be streaming the service on Facebook for those who can't attend.

For Everyone's Safety Mask must be worn!

With our deepest sympathy we will miss you cousin Fred

I offer my condolences to the family. I grew up in Independence knowing and admiring &amp;quot; Poon &amp;quot; for the great person and baseball player that he was. He was definitely one of Independence's finest ! May he forever rest in peace with the Lord.

Rest well, my friend!! You have fought the good fight!! Now is the time for you to enjoy your heavenly reward. You may be gone, but you will never be forgotten!

I love you Uncle Fred I got my talent of playing softball from you. I know that you are with grandma, grandpa, and my mom. My heart is heavy I know that we lived in different states but you are always in my heart. I will never forget all of the fun times we spent together. Always in my heart and prayers

Brother, it’s hard to believe that I won’t hear your smiling voice each week. Thank you for calling and telling me you miss and love me weekly. I’ll forever hold your words close in my heart! You’re my only brother and I couldn’t be more proud of you and all you’ve accomplished! I remember the day you were recruited to play for Yankees, I cried because I was going to miss, today I shed the same tear missing you even more now than ever. Enjoy your heavenly palace, Rest In Peace. Love you with all my heart! Your little Sis

My deepest condolences to the Brown family. To Shirley, Chad and the rest of the family you're in my thoughts and prayers.

My deepest condolences to Shirley, Chad and the rest of the family. I will certainly miss your beautiful smile and sweet hugs. Until we meet again, I love you cousin Fred!