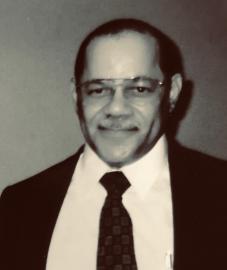 Glen Tyler Davis Heaven, Sr. was born in Kansas City, KS. on June 16, 1943. Glen passed on March 1, 2019, in Atlanta, Georgia. He is the son of Isaac Ashley and Olga Jewel Heaven. He was active in the Sunday School and other youth activities at Calvary Baptist Church.

Glen was an Eagle Boy Scout at age 15. He played the saxophone in the marching band, served as captain of the football team, ran track, and sang in the high school mixed chorus.

He owned and operated Glen's Inn. It was "the spot" in Coffeyville for teenagers and young adults to go to listen to music, dance and enjoy snacks.

During the Vietnam Era, Glen was drafted b the US Army. He was stationed at Fort Richardson neat Anchorage, Alaska. He received an honorable discharge and moved to San Francisco, CA where he worked for the GAP. He later moved to the rapidly expanding food service industry. Among several positions, he served as a Regional Manager for McDonalds, Director of Operations for Gourmet Services (East Coast), and Manager of Concessions at the Omni Sports Arena in Atlanta, Georgia. Later, he earned a degree in computer programing for DeVry University. He worked as a system analyst for Bell South Telephone Company until he retired. Post retirement, Glen was a consultant for IBM.

Interment will be at Fairview Cemetery in Coffeyville, Kansas.