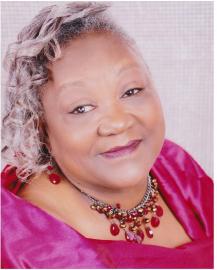 Harriett was born November 23, 1942 to Torrance Johnson and Remania Lee in Coffeyville, KS.

Harriett went to Cleveland Elementary and graduated from Field Kindley High School. Harriett worked at CRMC from 1970 to 1973, before moving to Los Angeles, CA where she worked as a CNA at USC Medical Center. Harriett moved back to Coffeyville in 2003.

Thank you Harriet for so many beautiful years of friendship. You must have been &quot;Heaven Sent&quot; to me. I thank God for that. RIP my friend; you will always be in my heart. (Friends and family feel free to read my tribute to Harriet on Facebook: Sonja Lyle Parker)