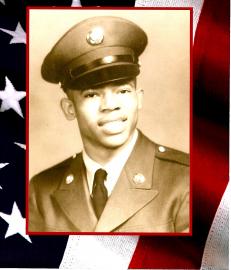 Herman was born on February 5, 1938 to Samuel and Margie (Jenkins) McDaniel in Atkins, Arkansas.

In 1957 Herman met Carol Berry they dated for awhile, and in 1960 he joined the Army. Herman spent time in North Korea and in 1965 he went to Vietnam. After serving 6 years he was discharged.

Herman was employed as a Chief Cook in Chicago and also worked for the Edward Don Company. In 1973 he moved back to Coffeyville and married Carol Berry. In 1975 he joined the National Guard in Coffeyville and served 16 years and retired as Staff Sergeant. Herman last job was USD 445 as a custodial worker/maintenance shop worker with a total of 21 1/2 years.

Herman was a member of Sardis First Missionary Baptist Church, a member of the Choir, Sunday School Teacher, Deacon and was on the Trustee Board.