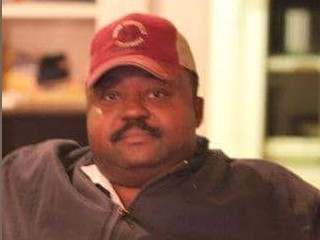 Joe was born on January 10, 1964 to Joe Hollins and Geneva Nickles in Tunica, Mississippi. He was a graduate of Lenapah, OK.

Joe moved to Coffeyville where he became employed with the FOLK estates untio becoming employed with Coffeyville Refinery, where he worked for 12 years until his health failed him. His time here on earth was well spent until the Good Lord decided to call him home to be reunited with his Heavenly Father.

Joe was a quiet and gentle natured individual who loved family, friends, sports most of all fishing. Joe always kept a smile on his face and always had a sweet melody in his heart to hum.

We will all miss you deeply and will forever carry you in our hearts.