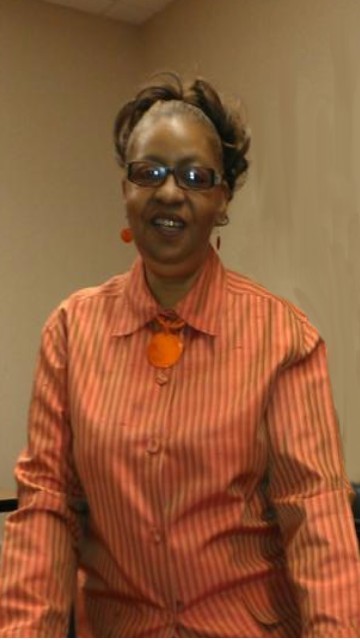 Ludea Marie (Irving) Sanders (Lu to her close friends and family) a long time Coffeyville resident left this earth on Saturday, November 23, 2019 to be her Lord and Savior.

Ludea was born on July 11, 1947 to Griffin and Dorris L. Irving and she attended schools in Coffeyville then later moved to Kansas City, Kansas for several years. She relocated to Tulsa, OK and worked for South-Western Bell Telephone Co. later relocating back to Coffeyville where she worked at ACC in independence, KS until her retirement.

She was married to Lester Sanders until his death in 2009. Ludea was always a joy to be around, she loved entertaining and enjoyed being around people.

Ludea was a member of First Church of God in Christ Family Worship Center.

Ludea you were a AWESOME woman and will be truly missed. I love you cousin, rest in paradise until we meet again.
Love Debby Wesley-Hutton

I am out of state, but send my heartfelt condolences to Stevie. Wyatt,Aaron,Kevin, and Diedre.
Have loved this family for many, many, years. Lu will be missed.

My good friend....gone too soon.

To my oldest sister, we always joked about neither one of us being left here by ourself with our brothers. Just know that I will do my best with them and Stevie. Give mama and granny hugs from me, love you sis, until we meet again!

Ludea, You were one of my favorite cousins. I'll always remember you as a person that loved her family and loved to help others. You also loved Cany Crush. Rest in Peace.