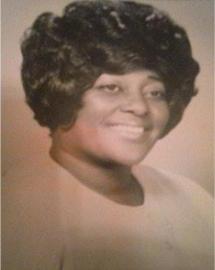 Working 17 years at Coffeyville Regional Medical Center, Mary Alice served her church and community in many different capacities. She served as a Choir Member, State Usher, President of the Usher Board, District Usher President, member, Member of the Golden Circle # 31 Order of the Eastern Star, Queen of the District Mission, Member to the NAACP Coffeyville Chapter and a volunteer at the Salvation Army.

On November 27, 1963 Mary Alice married the love of her life, Henry "Terry" Fullard. After marrying, they made their home and raised their family in Coffeyville for over 49 years. As a devoted wife and mother she helped to raise a total of 16 children over the years.

Viewing will be Thursday June 23rd from 10 a.m. to 6 p.m. at Mission Funeral Services located at 502 S Union, Coffeyville

Weeping may endure for a night, but Joy cometh in the Morning. You have our deepest and most heartfelt sympathy in the loss of your loved one. Mary Alice was a special lady and will always be remembered. She was a lady that said what she meant, and meant what she said. She will be missed, but we are glad to have had her in our lives. May God comfort you and keep you at this time and in times to come.
Be Blessed and Encouraged in the Lord.

So sorry for your loss. Mary could make the sunshine on a cloudy day. Her spirit and devotion to family and friends will go on forever.