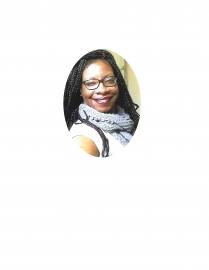 Our beloved, Shauna Renae Wilson, was called home to be with our Father in Heaven, October 3, 2018. Shauna was born on October 27, 1981 to Deanna Wilson (Henderson) and Kevin Irving in Coffeyville, KS. She attended Edgewood Elementary, Roosevelt Middle School, and graduated from Field Kindley Memorial High School in 2000. While in school Shauna participated in cheerleading and track and field. Shauna received her Certified Nursing Certification while attending high school. Upon graduating high school, Shauna attended Blinn College, and Charles and Sues Cosmetology School where she obtained her cosmetology license.

Shauna was loved by everyone she met. She had a friendly, outgoing personality, that made her a joy to be around. She had a beautiful smile and a contagious laugh. Shauna was fierce and fearless. She enjoyed life and her greatest joy, and pleasure came from being a mother to her precious daughter Dominique. She loved being with family, spending time with friends, shopping, watching the Dallas Cowboys, and doing hair and make-up.

Memorial service is Saturday, October 20, 2018 at 11 a.m. at the Veterian Memorial Patio in Fairview Cemetery.