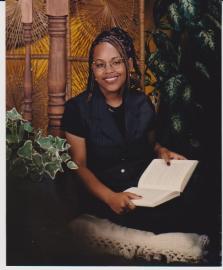 Sierra was born December 13, 1978 to Edmond Cosper and Michelle Morrison in Coffeyville, KS.

She attended Coffeyville schools and graduated from Field Kindley High School in 1997, and after attending Coffeyville Jr. College, she went to work at Wal Mart as a Pharmacy Technician.

Sierra was a member of Sardis First Missionary Baptist Church.

The Family will have a private memorial service.

Going to miss our beautiful Sierra. I know she is in a better place and is no longer suffering. Love You Much! Aunt Jenny &amp;amp; Uncle Rick

There will always be a song in my heart for you. You were special

Sierra you were such a light to this world &amp;amp; now you'll be shining bright from the Heavens! You were a dear friend growing up and we spent many happy times at your grandparents home! This life has its many challenges but being your friend was so easy! I will miss you and look forward to seeing you again in the after.... XOXOXOXO Your Friend Always, Teri

Sierra and my son Desmond Andrews went to school together and were friends. Sierra was such a beautiful, loving person who was taken from this world too soon. I am deeply sorry for your loss. Find comfort knowing you have an Angel in Heaven. Thoughts and prayers and love to you all.

My deepest heartfelt sympathy goes out to you Eddie. Also to Sierra's children and Alene and all the family. She was such a beautiful spirit. The Lord truly gained another angel..

Another beautiful angel was taken to be with the Lord in heaven but taken too soon. She was so loving, caring and thoughtful and always had a smile on her face. I miss seeing her smile everyday at school and she was one of my favorite classmates and friends. I will miss her dearly and cherish the memories of her. I am so sorry for your loss and the whole family is in my thoughts and prayers in this difficult time. I know she's in a better place now and not having to suffer anymore and she's smiling down on each and every one of her family, children, friends and everyone that knew her. May she rest in peace til we see her again in heaven. We all miss you Sierra be at peace and keep that beautiful smile that warms everyone's heart ! See you soon !

To the Family: We are so sorry for your loss. You have our heartfelt sympathy, prayers, and condolences. May God comfort, strengthen, and bless you.

Sierra your smile was contagious! You were absolutely the kindest person I've ever met. We lost a friend but heaven gained an angel. I will never forget you, rest easy my friend.

I am so sorry for your loss!! What a beautiful lady! Born in the Foodtown days. Alene, special hug to you through this loss. My heart goes out to all of you. We just never know what the future holds, but thank the Good Lord, we know who holds the future. God bless you all and comfort you. Gail

I think of you often sweet girl. Until we meet again.