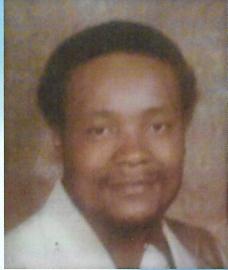 Daniel Richard Dent and Lula Mae (Dent) Boganey welcomed their one and only son Tommie L. Dent on October 20, 1945, in Coffeyville, KS. Tommie was raised in Coffeyville and later moved to live with his uncle and aunt Robert and Glady Folks in Wichita, KS and graduated from North High School.

Growing up he played the saxophone and was also involved in sports and played football. After graduation he enlisted in the Army and served in the Vietnam War. Tommie was wounded in battle and was awarded the Purple Heart. He received an Honorable discharge from the military and returned to civilian life. On September 18, 1972, he married Brenda (Scott) Dent who his sister Janice Dent introduced him to. The two moved to Kansas City, MO where he worked as a draftsman for Black and Veatch Engineering. Tommie was a member of St. Paul Baptist Church in Kansas City. In 1975, he and his family relocated to Bartlesville, OK where he worked at Phillips Petroleum Company's Research Center. He was employed with Phillips in Bartlesville as a supervisor until 1992 when he was transferred to the Drisco Pipes division of Phillips in Pryor where he worked until he retired. While raising his family in Bartlesville, he was very active in the community working with the youth. He coached football, softball, baseball, and basketball. He and his family became members of First Church of God in Christ where he served under Elder J. H. Watson and Superintendent Melvin J. Simpson as a Deacon and Assistant Pastor. He remained at First Church until he was appointed Pastor of Chanute Church of God in Christ in 2007. There he remained until his transition on September 28, 2021. Tommie loved the Lord, his family, church family and friends. If you knew him, you knew that he was a die-hard Kansas City Chiefs, Nebraska Cornhusker, and the KU Jayhawks fan. To mention OU or Dallas Cowboys would get you put out of the house. He also enjoyed gold and fishing in his free time.

Tommie is preceded in death by his father, mother, brother (baby dent), sisters Beverly and Janice, grandparents, uncles and aunts, and his cousin/brother.

In lieu of flowers, a monetary donation may be made via cash app to $NurseTC to be donated to the Bartlesville Dialysis Center (Fresenius) that took care of his dialysis needs.

We ask that anyone attending the viewing and service to wear a mask.