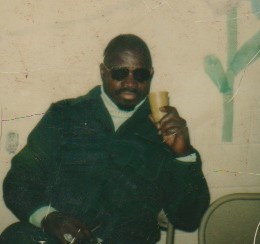 He was born to Verma Mae Hill in Junction City, KS on December 10, 1942. William grew up in Coffeyville, KS where he went to school and worked for the City of Coffeyville and the Coop.

William was preceded in death by his Mother, Aunt Opal Hick-Smith and Uncle Baby Boy.

Survived by Brother, Harry Neal Sr.; Two Daughters: Hannah Carter and Teresa Carter both of South Carolina: Step-Daughter Marcella Carter of Independence KS. and a host of nephews and nieces.

Memorial will be planned at a later date.

He was a sweet man