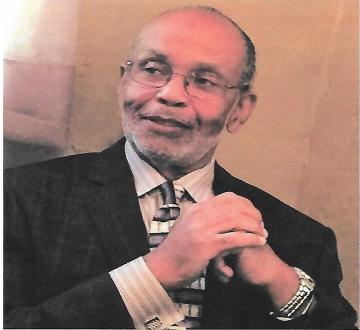 Pastor Wyatt N. Irving was the Patriarch of the Irving Family. He was a provider, a pillar, and a rock to all that knew him. He was born in Coffeyville, KS on June 15, 1950 Griffin and Dorris (Berry) Irving. He was called home to be with the Lord on August 3, 2020.

Wyatt was a pillar in the Coffeyville community. He worked for the City of Coffeyville, literally starting as a janitor in the basement of City Hall and worked his way up the ranks to become the Superintendent of Water and Wastewater Utilities. He was also a long-time member of the Ritz Club. In 1990, he moved to Stillwater, OK and became the first Water Utilities Director for the City of Stillwater until he retired in 2007.

Due to COVID 19, the family request that everyone planning to attend the visitation and service, face masks be worn. Wyatt was a proponent of safety and health (Via his career in Water/Wastewater) and would want everyone to be safe for their families, friends, and others.

The family request that in lieu of flowers, that donations may be made to a Cancer Society, or the North Kansas City Hospice.

We are going to miss you &amp;quot;DOC&amp;quot;. Pastor Wyatt's love and support was priceless. He was truly faithful to The King Is Coming Theological Center. Although we will miss Pastor Wyatt we know that our FATHER called him home. Jesus will heal the brokenhearted and binds up their wounds (Ps. 147:3). Fear not, for I am with you; be not dismayed, for I am your God; I will strengthen you, I will help you, I will uphold you with my righteous right hand (Is 41:10). Pastor Irving knew and loved God until his last day on earth. God has him now!

Sherry, we are very sorry to hear of the loss of your husband. May you find comfort in your memories. You are in our thoughts and prayers.