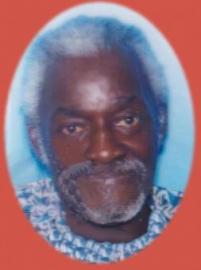 Amos Johnson Sr. passed away on August 1, 2015 at Jane Phillip Medical Center in Bartlesville, OK. He was born on April 19, 1959 in Luxora, Arkansas to Louis and Eathel M. Johnson.

Amos then moved from Lexora, Arkansas to East St. Louis where he met Terry Clark. Amos and Terry moved to Coffeyville, KS and he worked at Spears for a long while. Together they raised 6 children.

Amos was a hard working man who believed in family first. Home was always taken care of. He was a kind hearted man who would give and do anything to help someone in need. One thing everyone knows about Amos is that he love to argue because he was always right and had to have the last word.

Later in life he met his common law wife Julia Kay Hailey-Johnson who he loved and would do anything for.

Amos is proceeded in death by his father Louis Johnson, 6 brothers and 1 sister.

Services will be Saturday August 8, 2015 at St. John Church of Faith at 11 a.m. with Pastor Clifton Johnson, Officiating.

So sorry to hear of Wardell's passing. I always enjoyed my times visiting with him and was and am truly blessed to have had him in my life. Bless the family he leaves behind as I pray that God blows his healing winds upon you all. God Bless, Andre Bledsoe