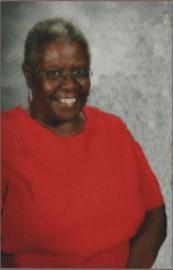 Carol Ann Carroll, 70 of Coffeyville, KS departed this world on the evening of December 20, 2016, and met her Lord and Savior Jesus Christ. She was a patient at Freeman Hospital West in Joplin, Missouri.

Carol was born on February 21, 1946 in Coffeyville, KS to Ovie and Anna Belle (Baldridge) Price. She attended Cleveland Elementary School through the 6th grade. In June 1958 Carol with her family relocated to Stamford, Connecticut. She went to middle school in Rye, New York, and Stamford. She graduated from Rippowam High School in Stamford. She continued her education at Stamford Vocational Technical Education Center and earned certification as a keypunch operator. In 1975 Carol returned to live in Coffeyville to be near her mother and beloved sister Bert. Not long after moving back she began working at a local nursing home. After this job she worked at Coffeyville Recreational Center. During her tenure at the Rec Center Carol enrolled at CCC where she earned her associate's degree with honors. Carol last of employment until she retired was with Four County Mental Health.

In 1980 Carol and Alfonzo Carroll, Jr. were married on December 16, 1980. They had been boyfriend and girlfriend in kindergarten. This was a second marriage for both.

Carol was a faithful and active member of her church The First Church of God in Christ Family Worship Center, Where the People Really Love the Lord. She was secretary of the Board of Trustees, President of the Mission Auxiliary, and a chapter member for the Institutional and Communal Harmony (PINCH).

In Accordance with her wishes Carol will be cremated. A memorial service will be held on Friday, 11 a.m., December 30, 2016 at the First Church of God in Christ Family Worship Center, 2802 West First Street, Coffeyville, KS, with Superintendent Melvin J. Simpson, Sr. Officiating.

In lieu of flowers, memorials can be made to the First COGIC Family Worship Center, P.O. Box 1061, Coffeyville, KS 67337.

Earth hath no sorrow, that Heaven cannot heal. Our beloved Sis Carol will truly be missed. We dearly loved her. She was more than just a friend, she was our Sister in the Lord. Praying for family and asking God to comfort their hearts. We loved her, but God loved her best. She is resting safely in His arms. Love you all.