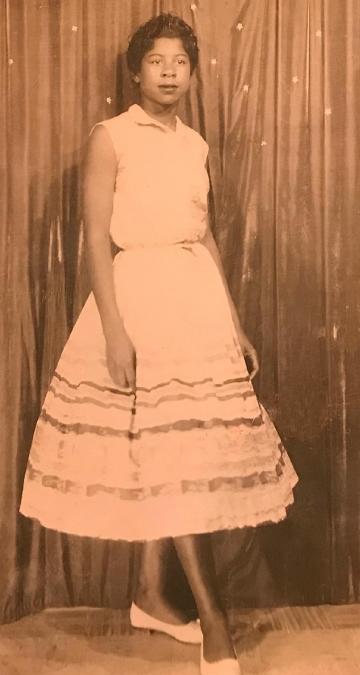 Idella Jennings of Coffeyville, KS passed on May 13, 2018 at Windsor Place.

She was united in Holy Matrimony to the late Odes Jennings on February 1, 1969, to this union 1 child was born.

At an early age she joined Union Missionary Baptist Church where she remained a faithful member until her health failed.

Idella worked for USD 455 Food Service Center for 35 years before retiring and leaving behind a great number of friends.

Viewing Saturday at Union Missionary Baptist Church 900 Delaware May 19, 2018 before the service from 9 a.m. to 10 a.m. Service will start at 10 a.m. with Rev. Gary Lane officiating.

To the Family: you are in our thoughts and prayers. With Deepest Condolences from Everyone at Urban Concrete.

Please accept my deepest condolences to the family for your loss. My heart goes out especially to Liz. I pray that your heart and soul find peace that comes through the power and abiding presence of the Holy Spirit.
Armstrong Family
Helotes, Texas

You will be missed Auntie

November 29 2018 through the holy spirit another part of the puzzle of my life was placed and revealed my aunt has made her way to our heavenly father. My world was hard already so I thought.now I don't know where I'm headed.cause she was the one who seen me from another view and placed a monument for the world to know me as (chip).she gave me this named.an my memories of her has and will always be I love you forever.thank you words cannot describe how you mold me with that name.im hurting.im very sadden.to my family I say I'm sorry for my absence.i love you all and please God place your angels around them.forever your cousin (chip).