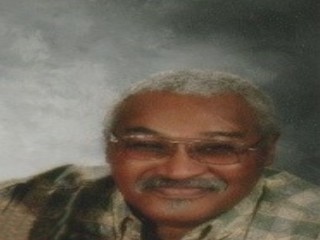 Alfonzo "Bud" Carroll went home to be with his Lord and Savior early in the morning of May 4, 2018. During a brief illness he had been a patient at Windsor Place and receiving care from Harry Hynes Hospice.

On November 23, 1946 Alfonzo was born to Alfonzo "Red" and Elizabeth (Slaughter) Carroll Sr. in Coffeyville, Kansas.

He grew up in Coffeyville and attended schools there beginning in the kindergarten at the Cleveland Elementary School. It was there he met his future wife Carol Ann Price. Bud made many lifelong friends in school. They along with his own siblings and the step siblings that joined his family as a result of the blending of the families of Earl Reddin's and Bud's mom helped him develop his gift of gab. He enjoyed engaging in conversation with friends.

After leaving school Alfonzo traveled and worked in many locations around the country. He worked as a security guard, handyman and maintenance worker in Kansas City, Missouri, Minnesota, and Los Angeles, California. He returned to Coffeyville in the late 1970's where he again connected with Carol Price. They were wed in December 1980 and enjoyed over 36 years of married life. He always referred to her as his bride.

Bud was an outgoing spirit and believed in keeping his word as his bond. He tried to help you when he could. He was a deacon in the First Church of God In Christ Family Worship Center, a member of the senior choir , a faithful member of the Bible Band and the Young People Willing Workers (YPWW), (both Bible Study Groups), a member of a local Senior Citizen Club, and an early member of People for Institutional and Communal Harmony (PINCH) an organization that works on issues of social justice in the Coffeyville community. He was a carrier of God's Word and witness to people whenever he could.

According to his wishes creamation has taken place and a memorial service will be held May 12, 2018 at 3:00 p.m. at the First Church of God in Christ Family Worship Center, 2802 W. First Street, Coffeyville, KS. Superintendent Melvin J. Simpson, Sr. will officiate.

In lieu of flowers he desired that memorials be sent to the First Church of God In Christ Family Worship Center, P.O. Box 1061, Coffeyville, KS 67337. Guest are encourage to sign the guest book at the church. Family will greet guest at that time.

Shall miss Alfonzo but also know he is now with his &amp;quot;bride&amp;quot; and all is well. We shall be happy for them. In all things we give thanks!