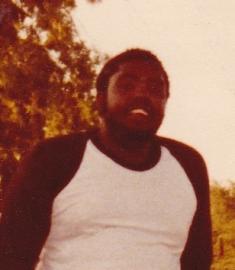 Melvin was born on May 4, 1955 in Sledge, MS to Nathaniel and Beulah Clark. He attended elementary school in Tunica, MS and later moved to Lenapah, OK where he attended High School.

Melvin was employed with Bartlett Mills for approximately 18 years in Coffeyville, KS where he lived until his health failed and he later spent his last days at Woodlawn Rehab. & Health Care Center.

Melvin leaves to cherish his memories 2 sons: Tyrone Scarborough of Miami, OK and Mauriel Scarborough of Tampa, FL; One daughter Ameria Broadway of McAlester, OK and One step daughter Constance Hughes of Atoka, OK; One brother Nathaniel Clark of Chicago, IL and One sister Rosie Kennard of Coffeyville, KS; 10 grandchildren and a host of cousins, nieces and nephews.

Melvin is preceded in death by his parents, one daughter, wife and 10 siblings.

Viewing will be Friday, December 11th from 10 a.m. to 6 p.m. at Mission Funeral Services located at 502 S. Union Street

Service will be Saturday, December 12th at St. John Church of Faith at 10 a.m. located at 602 W. Martin Coffeyville, KS